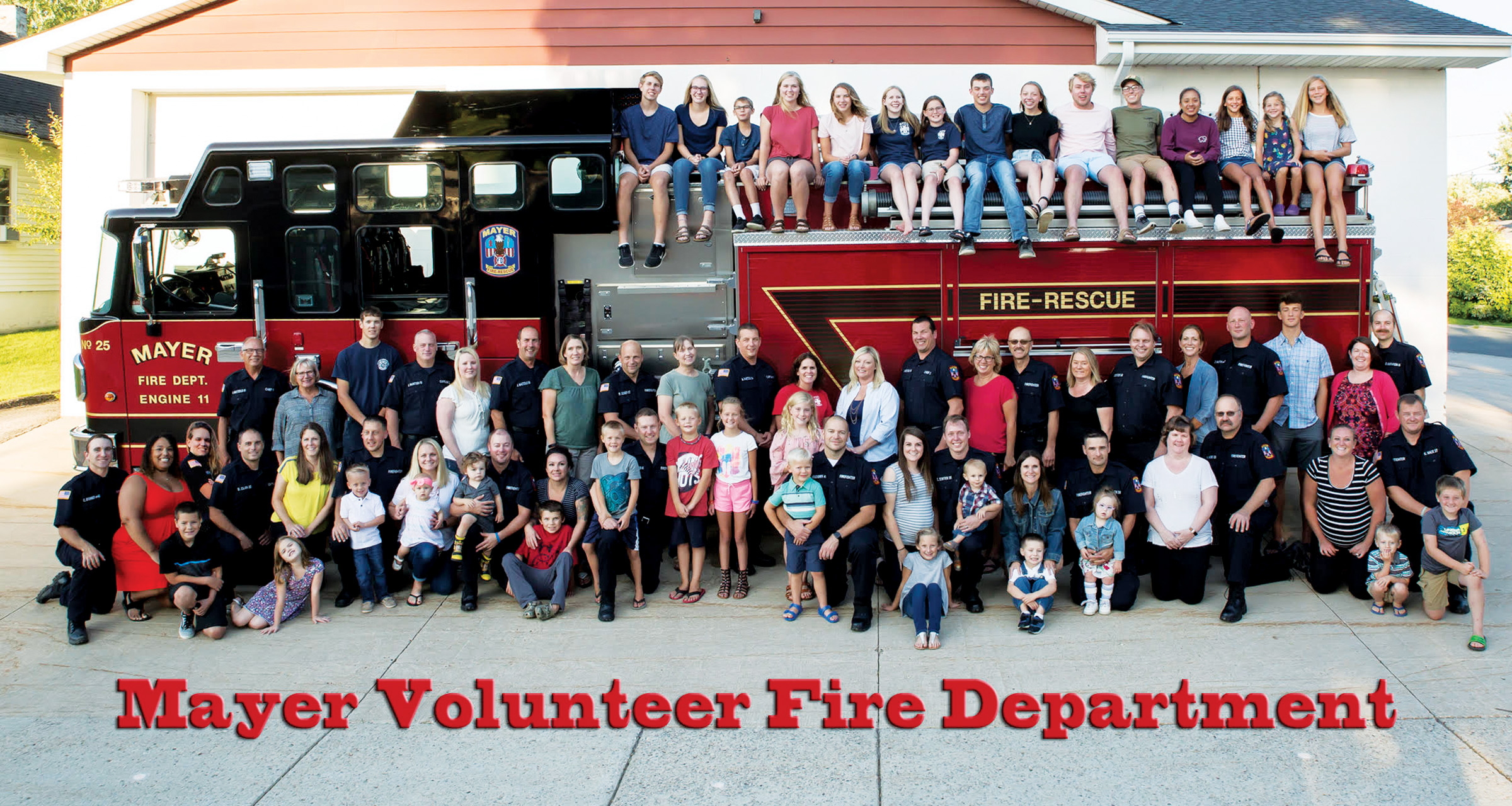 Members of the Mayer Fire Department hosted a mock crash earlier this year, so its members and members of neighboring fire departments could practice responding to such an accident.

The Mayer Fire Department works diligently to protect the people of Mayer and surrounding area.

Although assisting with accidents, injuries, fires, and other urgent situations can be a challenge, the Mayer Fire Department is well-equipped to handle these scenarios.

Each department member is required to complete Firefighter I and first responder courses in his or her first two years of membership.

Members must also complete four first responder courses and one ladder training yearly, among other trainings, including in-house training, and burns training.

The department has training officers who organize and implement department trainings each month. Regular meetings also take place 12 times a year, the first Monday of each month at 7 p.m. at the fire station (400 Ash Ave. N.).

For confirmed fires in Mayer, Carver County Dispatch recently began paging both the Mayer and New Germany fire departments. That way, more firefighters are able to respond quickly to the emergency.

Having the right equipment is also essential for emergency preparation.

According to Fire Chief Rod Maetzold, the truck is larger and safer. It is also has an automatic instead of manual transmission, which makes it easier to drive.

In order to keep its supplies up-to-date, the department schedules a variety of fundraisers throughout the year, including fish frys, and a food stand during the Mayer Rising Community Festival in July.

The Mayer Fire Department, which is the smallest fire district in Carver County because of its proximity to surrounding communities, covers the City of Mayer and portions of Watertown, Hollywood, Camden, and Waconia townships.

The fire department is looking for more members to join its team. To learn more about becoming a member of the Mayer Fire Department, contact Fire Chief Rod Maetzold at 952-657-2291 or email mayerfd@frontiernet.net.